In 2008, I took a Creative Writing course during my bachelor’s English. Here’s assignment 4: Dialogue.

LB: Wow, you see that kid over there? She’s a genius!
OB:  I am driving a car, Philip.
LB: She is the best! I’ve never seen anyone skip rope like that! I wish I could do it.
OB: Philip, you are a 43 year old male.
LB: I don’t care, it was amazing.
OB: I don’t think I can ever be proud of you if your deepest desire is to skip rope.
LB: I didn’t say it was my deepest desire.
OB: …
LB: Did you notice I had my hair cut?
OB: Yes, I did.
LB: … So what d’you think?
OB: I think it fits you.
LB: Why do you say that?
OB: Because it is polite to say that.
LB: So you don’t like it?
OB: I am not an expert concerning haircuts. You know that.
LB: I just asked if you like it. You don’t need expertise for that.
OB: …
LB: Do you think the ducks are back yet?
OB: They usually return in March.
LB: I just hope they took another month off in Africa. I really hate those ducks. Oh no!
OB: What is it?
LB: Do you think I’ll see those ducks when I go to Tunisia this winter?
OB: I consider it highly unlikely.
LB: It would be strange to see them over there. Perhaps they are much more friendly if they are enjoying themselves. Everyone seems to be friendlier if they are on a holiday.
OB: Do you want to hand over the flowers this time?
LB: No thanks, I have bought something myself.
OB: You’ve never done that before.
LB: I know, but isn’t it great I did now? I bought a necklace at one of those small jewelry stands downtown.
OB: Those are not jewelry stands. They only sell small pieces of metal. Did you check if it is made of nickel?
LB: No, I didn’t.
OB: You didn’t. Do you want to poison our mother?
LB: What? Of course not.
OB: She is allergic to nickel. You ought to know such things.
LB: I was just trying to be nice.
OB: You do not have to be nice. You have to be thoughtful. It would not be the first time you hurt Mother.
LB: What?! What did I do?
OB: You didn’t show up on her wedding anniversary. You didn’t come to her choir performance and you didn’t send her a card for Francis’ birthday.
LB: A card for Francis? He’s a turtle!
OB: Mother cares about it, so you should at least do something.
LB: I’m not gonna send cards to every turtle Mom’s got! I don’t even know half of their names.
OB: You should try to learn them.

OB: I told you you would hurt Mother.
LB: I already said I’m sorry. I feel miserable enough as it is, so please stop talking about it. I’m sorry!
OB: That is not going to bring Fred back to live. You should not have told her. We could have bought another one.
LB: I may hurt Mum, but I will never lie to her.
OB: She would not be crying now if you had lied.
LB: It would have hurt her a lot more.
OB: No, it wouldn’t. She would never have known and she would only be a bit worried about her missing turtle until we had found a new Fred. Lying is not a bad thing if you prevent hurt.
LB: You know I don’t agree with that.
OB: That’s the reason I am telling you this. You should try to change.
LB: Into a liar.
OB: Into a sensible adult, keeping his mother from hurt.
LB: …
OB: Yes, Mother? …  It’s in the fridge … No, just take it easy, we’ll start cooking. Let’s start.
LB: What are we going to make?
OB: It looks like it will be some kind of casserole.
LB: I can do that, no problem.
OB: Everybody can make a casserole.
LB: What does it matter, as long as we can make one now?
OB: Can you hand me the recipe?
LB: Why would you want to use it? We can make our own recipe.
OB: I don’t want to risk the failure of our supper.
LB: Mum would deviate from the recipe, you know.
OB: Yes, I know, but Mother is a good cook. We’re not.
LB: At least put in some extra mushrooms.
OB: It says three mushrooms on the recipe, so three mushrooms it will be.
LB: Why do you think Mum has bought an entire box?
OB: To make another one later on. We’ll stick to the recipe.
LB: I give up. I feel like I’m talking to a wall.
OB: Please turn off the radio. I can’t focus like this.
LB: Oh come on, you don’t mean that.
OB: I do mean it.
LB: How can a little music prevent you from cooking? You don’t need your ears for cooking. At least, I never use them.
OB: Just be nice and turn it off.
LB: Hey, here’s that song that you used to like. We bought the record for your birthday. Yeah, I remember! We danced all evening. She loves you, yeah, yeah, yeah.
OB: …
LB: We even climbed on the roof and sung it there. Then Mum got mad and got us down. That was fun.
OB: It’s a miracle we didn’t get hurt. We should never have done it.

During my bachelor’s, I followed a short course in creative writing in 2008. This was one of the assignments:

I often go for a trip near my house. I live by the water, along a network of narrow waterways. These waterways were dug to harvest turf and are separated by thin, very long islands. The islands are filled with wild plants and trees, so you can’t see any further than the ditch you’re in. I hide from the world behind these curtains. No audience can see me here. Everyone may be looking at me when I leave my house, but here I am alone and I can do what I want without being rated by the critics of the world.

I like the silence of the ditches. Especially the far north-eastern edge is deserted. The only sounds are the echoes of another lone boat or the eerie laughter of a duck. When it rains, the drops create a distant murmur. It is the most beautiful sound I have ever heard.

There are many boats still lying in the docks here, but they haven’t been cleaned for a long time. No one ever goes near this edge, because someone was murdered here two years ago. The police are still investigating the area, or at least that is what they tell everyone. I have never encountered anyone here, let alone a team of pathologists.

The boats and docks are camouflaged into the rest of the landscape, changing their white colour to greens and browns. People used to spend their free days around the harbours in summer, swimming and lying in the sun. Now the plastic slides and picnic tables are falling apart. The sheds containing barbecues and towels have turned to a monotonous green.

It is winter now. I prefer this season to summer, even though it is cold, cloudy and frequently rains. In summer, half of the ditches are filled with slick speedboats and luxurious yachts on their way to the lake. The noises of the boats and its passengers are intensified by the echoes. The smell of petrol, sweat, sun block and burned meat is inescapable. I rarely go for a trip in the summer.

The engine softly grumbles when I slow down. A few ducks stare at my vessel and bob up and down on the waves I create. I glide past a small boat called ‘Rising Star’. One window is broken and the front is largely beneath the surface. Near the rudder a seagull has its nest. It swears at me as seagulls always do.

No.
It would raise all kinds of unnecessary hell.

Untranslatable Silence – The Power of Silence in Coetzee’s Foe

Written in 2010, during the master programme Western Literature and Culture, for the subject Literature Across Cultures. 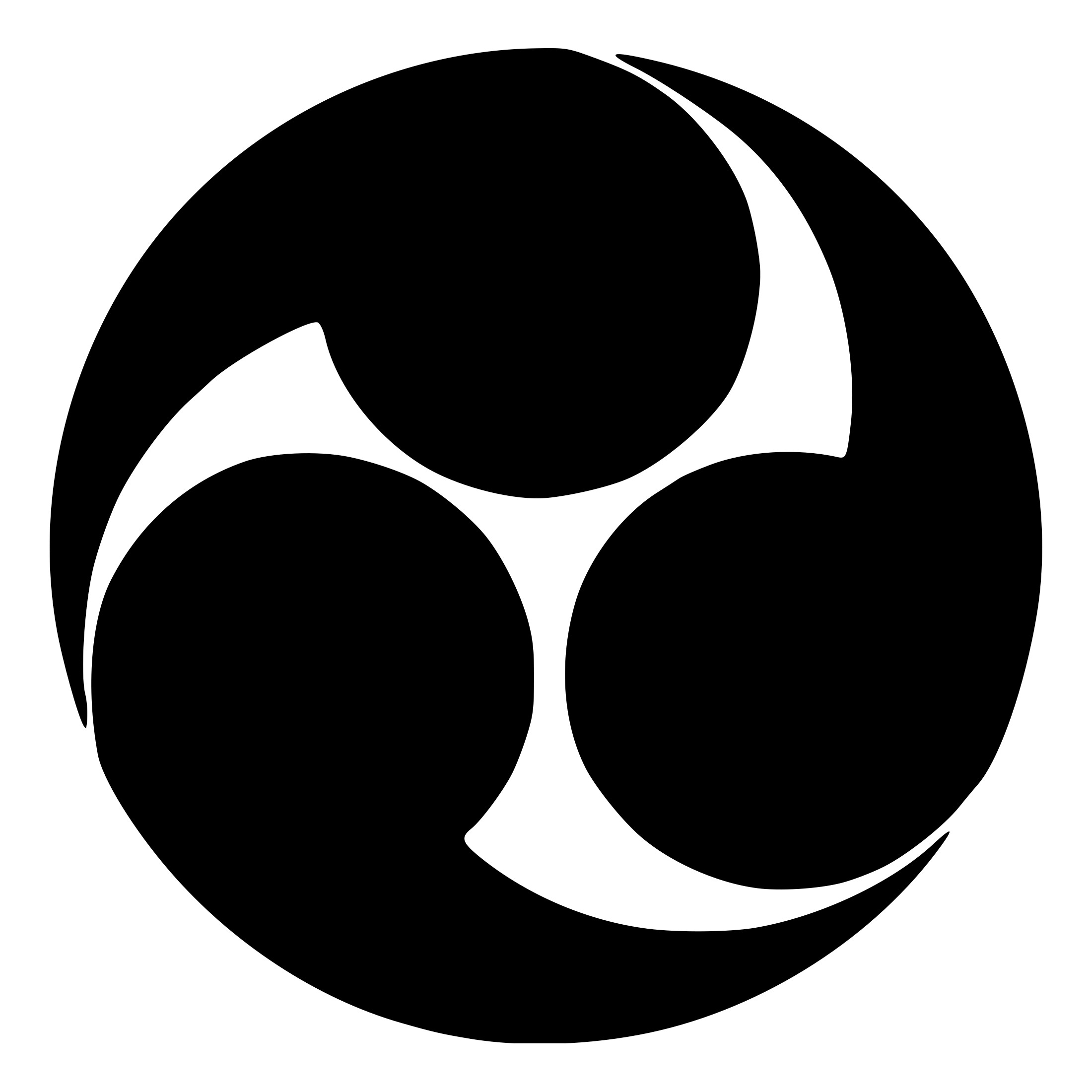